Do Good While Dining Out

Food Lifeline is the food bank to food banks. They rescue millions of pounds of surplus food from farmers, manufacturers, grocery stores, and restaurants; then deliver this healthy and nutritious food to 275 food banks, shelters, and meal programs across Western Washington. Through their own ingenuity and clever practices, a single $1 donation can provide the equivalent of four complete meals.

Please join us in supporting local restaurant businesses while also supporting Food Lifeline and the crucial work they do. Browse through the list of participating restaurants and set your Monday night menu for the month of June!
END_OF_DOCUMENT_TOKEN_TO_BE_REPLACED 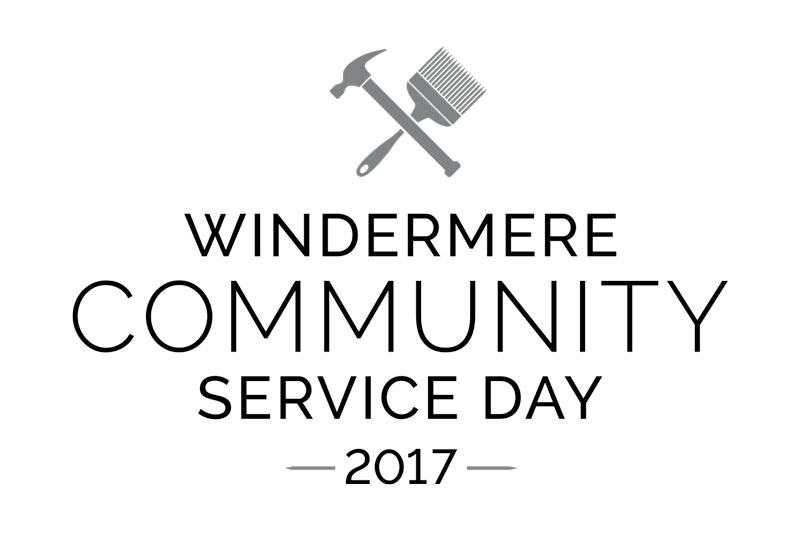 Every year Windermere closes its offices for one day to help make a positive difference in our local communities. It all started in 1984 when a handful of Windermere owners and agents came together to make repairs at a local elementary school. Thirty years and more than one million hours of community service later, we’ve continued this tradition through neighborhood-enhancing projects in the areas where our Windermere teams live, work, and play.

This year we at Windermere Bellevue South will be helping local non-profit Mamma’s Hands. Mamma’s Hands was founded to provide hope and support to those in crisis. Their mission is to help those individuals regain their self-respect, and to provide them the support and direction they need to become productive members of society. To accomplish this mission, Mamma’s Hands has created two programs: The Phone Home program and the House of Hope program.

Windermere Bellevue South brokers and will be working at the safe houses in North Bend with repairs around the houses, general yard work, painting, and building decks.

My career as a real estate agent allows me to connect people to homes where memories are made.  But that opportunity doesn’t come easily for everyone.  I believe in giving back to organizations that are helping people get back on their feet and get one step closer to their dream of home sweet home.

Here are some of the organizations I support with help from you and every sale made.

Bellevue Schools Foundation supports students in need across the district and programs that make our schools some of the top in the nation.

Jubilee Reach affirms the value of our Bellevue youth with afterschool activities that promote leadership and teamwork.

Now more than ever, we are called to support the nonprofits that shape our community and uphold the values that make the Seattle area so special.   So today… skip the latte and stretch your donation today and #GIVEBIG

For the past 31 years, Windermere Real Estate and the University of Washington have joined together to host the annual Windermere Cup rowing regatta, which brings the world’s best crews to Seattle to compete against the nationally acclaimed UW men’s and women’s teams. Held annually on the first Saturday in May, the Windermere Cup is both an international sporting event and opening day party, followed by the world’s largest boat parade.

This year’s event will see the Huskies take on the Shanghai men’s and women’s High-Performance Rowing teams from China on Saturday, May 6. This matchup will mark the third time that a team from China has travelled to Seattle to compete in the Windermere Cup. Their first appearance came 27 years ago when the People’s Republic of China took home the Windermere Cup ahead of Navy, Washington, and Cambridge. Twelve years later the Chinese men’s rowing team returned for the 2002 Windermere Cup.

In addition to the crew races, the family-friendly Windermere Cup event also includes food vendors, booths to purchase UW and Windermere Cup apparel and commemorative gear, as well as a bouncy house for the kids. 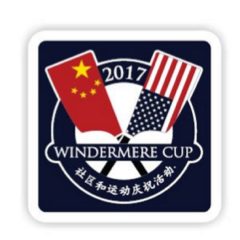 The crew races start at 10am and end around noon. Following the final Windermere Cup race is the Seattle Yacht Club’s Opening Day Boat Parade. Download the Windermere Cup App to access schedule and team information, and for live race results: https://event.crowdcompass.com/windermerecup17

A new addition to this year’s event is the Windermere Cut Cinco de Mayo party down along the north shore of the Montlake Cut. Twenty dollars gets you into the beer/margarita garden where you can listen to Spike and the Impalers while munching on food from one of three Mexican food trucks. For more information and to buy tickets go to Brown Paper Tickets. 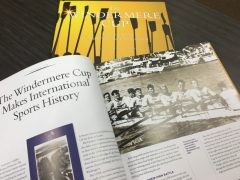 This book is about the athletes, colorful characters, and brilliant people the Windermere Cup rowing regatta has featured every first Saturday in May since 1987. Through interviews, original documents and pages upon pages of breathtaking photographs, author Gregg Bell captures this event’s more than 30 remarkable years, its spirit and its soul.

The Windermere Cup is a touchstone for our company, our family of offices and agents, and the University of Washington. Not only is this an international sporting event, it’s a celebration of camaraderie, teamwork, and community – and truly great tradition that we are honored to be a part of. 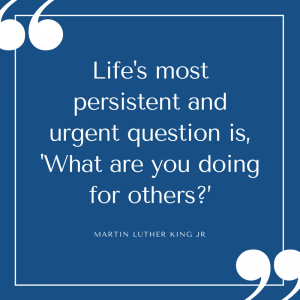 One of my favorite podcasts is Happier by Gretchen Rubin.  In her weekly podcast, she focuses on the little things, the actionable items we can do on a daily basis to bring joy and happiness to our world and those around us.  In a recent episode they featured the Five Love Languages, a book by Gary Chapman which talks about the way we show our love to others.

My “aha” moment  came when I realized my love language is Acts of Service.  Nothing brings me greater pleasure than helping others.  It is the foundation of my relationships with family, friends, community and my business. I truly enjoy doing things for others which explains why I enjoy selling real estate so much.  It is not a sales position, but a service position.

Working in real estate is the opportunity to serve others in one of the biggest decisions they make.  By listening to my clients and understanding their goals, I am able to use my years of experience to help them from beginning to end.  I love be able make the whole process easier for them.

I also feel very fortunate to be part of a larger community that cares.  The opportunity to spend time with people working to end homelessness, improve our schools, or make a difference with our area youth is inspiring.

Thank you to everyone that takes the time for service.  I believe we are all in a better place when we ask the question, ‘How can I help?’

On this day and everyday THANK YOU to all the Veterans who have answered the call.

When we moved to Bellevue, it was because of the schools.  My daughter, Mary was 5 years old and getting ready to start kindergarten.   We found Somerset Elementary, not only because of their test scores and achievements, but also because of the parent involvement.  They had 100% PTSA participation.

Getting a good education is more than test scores and national rankings.  It’s about creating emotionally healthy, curious minds and lifelong learners.  Bellevue Schools Foundation supports a wide variety of programs that make this possible through their innovation grants.

Mary is now in her first year at University of British Columbia in Vancouver and loving it.  One of the grants that helps makes the college search process easier is the BSF investment in the Naviance program.  It is a college and career planning platform that starts students out in middle school looking at their strengths and interests, then begins to research college options. In high school, Naviance helps to organize all the aspects of the college application process, communicates with their counselors and tracks their to-do list all the way to college acceptance.

We know one of the reasons people are moving to our area is because of our highly regarded schools.  I am pleased to be an Honor Roll Realtor, giving back to a program that has had a huge impact not only for our family, but also our community.

Please consider supporting the fall fund drive.  For more information or to donate click  ALL IN FOR KIDS or text KIDS to 71760 to give from your mobile device. Every gift dollar makes a difference for Bellevue students!

Posted on October 24, 2016 at 10:40 am Stephanie Kristen | Category: bellevue, community, giving back, somerset

We’ve Got You Covered 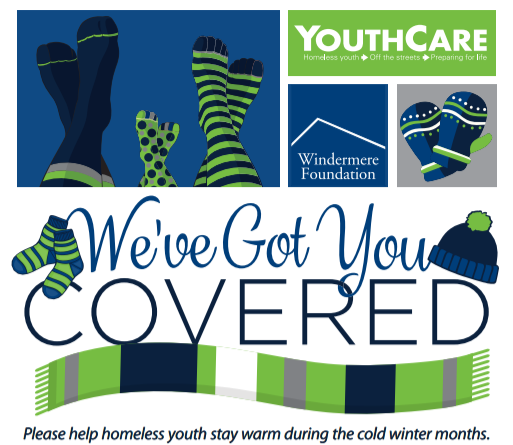 Windermere and the Seattle Seahawks have partnered in our #tacklehomelessness campaign.  For every home game tackle made by the Seahawks, the Windermere Foundation is donating $100 to YouthCare, a non-profit that provides support services to homeless youth throughout the Puget Sound area.

Here’s what we are collecting:

Between now and November 14, feel free to stop by my office with donations or send me a message and I am happy to pick your donation up.

Gentle Giant Moving Company will pick up all of the donations from local Windermere offices. Donations can also be dropped off directly to YouthCare in South Lake Union at the James W. Ray Orion Center: 1828 Yale Avenue.

So please help our youth stay warm this winter and consider making a donation to our “We’ve Got You Covered” winter drive. 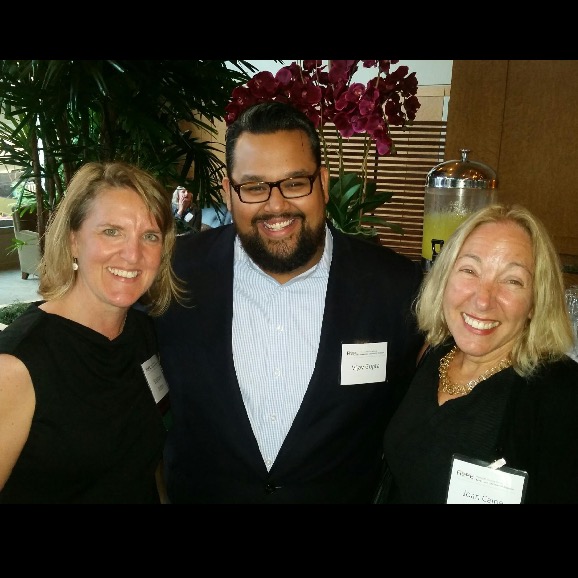 I was delighted to serve with Joan Caine as co-chair for the Plymouth Housing Group – 13th Annual Key to Hope Luncheon.  This year’s event theme “Beyond Stability: The Healing Power of the Arts” celebrated the power of the arts to help formerly homeless men and women heal and leave life on the streets for good. We also highlighted Plymouth’s cultural partnerships, including connections with the Seattle Symphony and Path with Art.

Our keynote speaker was Vijay Gupta a violinist from the Los Angeles Philharmonic.  He played and shared information about his work with the Street Symphony in LA.

I am so pleased to be part of an organization having such a powerful and positive impact in our city.  We raised $770,000 to support a housing first model that is working to end homelessness here in Seattle. Here is an article from Puget Sound Business Journal.

Every time you buy or sell a home with me, a portion of that goes back into the community to support the work that Plymouth Housing Group is doing and provide housing for someone in need.  Thanks for helping us give back. 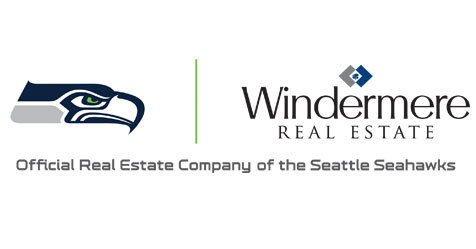 This year I am proud to be a part of something special.  Windermere Real Estate is the Official Real Estate Company of the Seattle Seahawks… and that is exciting in itself, but I’m even more proud of how this partnership is being used to help homeless youth in our community.

Since 1989, The Windermere Foundation has donated more than $30 million to programs and organizations that provide shelter, food, children’s programs, emergency assistance, and other services to those in need.  Every time I sell a home, a portion of my commission goes toward this important cause.  And now, for every Seahawks home game tackle, the Windermere Foundation will donate $100 to Youth Care, which provides much-needed services to homeless youth.  $3100 was donated after the season home opener and $2600 in game 3.

I hope you’ll join our network of agents and 12s as we cheer on the home team as only Seahawks fans can.  The #TackleHomelessness campaign can make a real difference in the lives of the people who need it most.