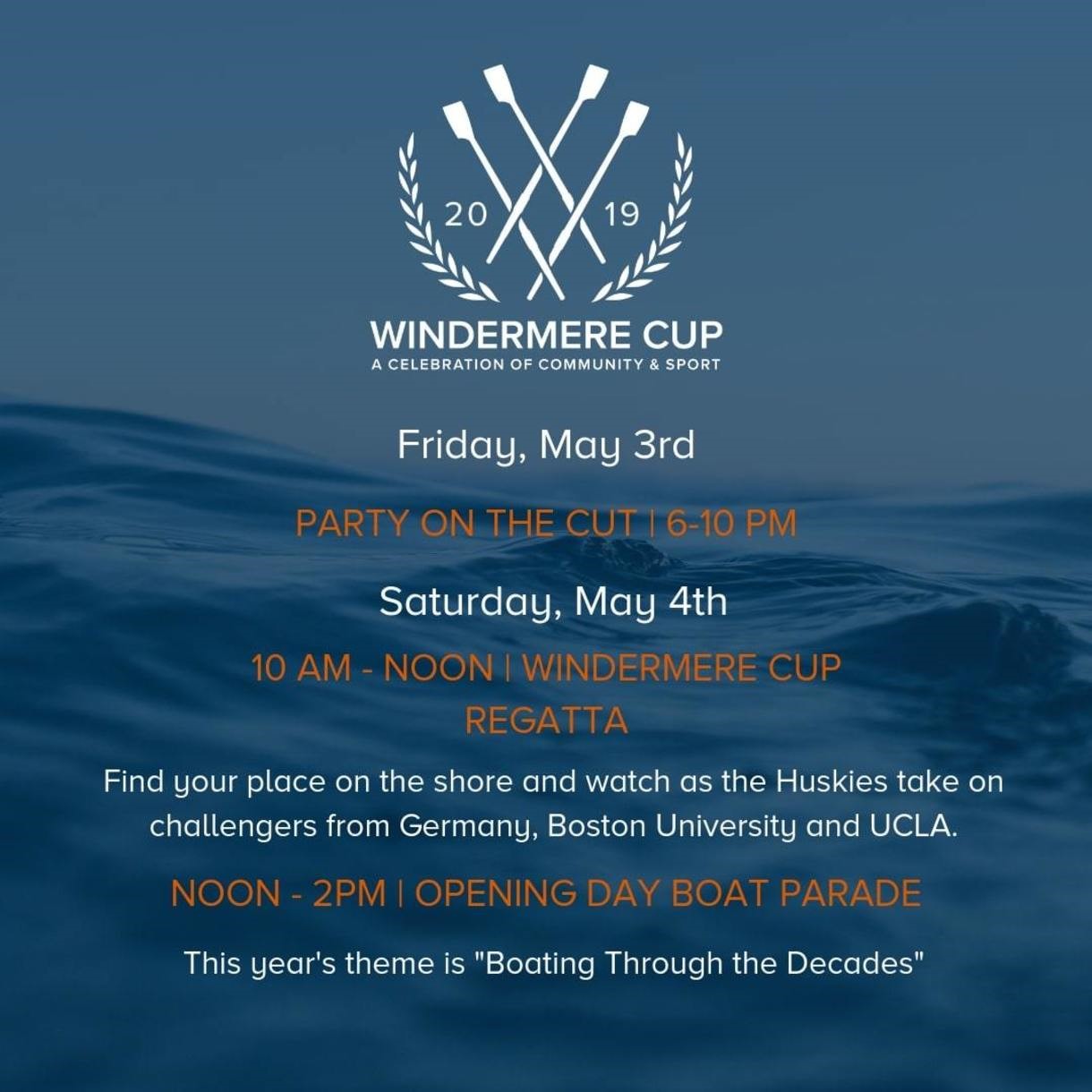 On May 4 the Montlake Cut will play host once again to the Windermere Cup rowing regatta. For the past 33 years, Windermere Real Estate and the University of Washington have joined together to host this event, which brings the world’s best crews to Seattle to compete against the perennially acclaimed UW men’s and women’s teams. Held annually on the first Saturday in May, the Windermere Cup is both an international sporting event and opening day party. The races are followed by the world’s largest boat parade which is put on by the Seattle Yacht Club.

The UW men will go up against one of the oldest programs in rowing, Boston University, and the German National Federation, who is the current World Champion after taking gold in the 2018 World Championship. This is the first time in the Windermere Cup’s 33 year history that the Germans have competed in this regatta. Both will oppose a Washington men’s crew that has been a dominant program in the United States for several decades and came second in last year’s national championship.

The UW women, who also came in second at the 2018 NCAA Championship, will be opposed by the UCLA Bruins who have been a consistent national competitor in the last four NCAA Championships and the German National Federation women’s team, who have rowed in the A final of the eight competition in the past three Under-23 World Championships.

In addition to the 24 crew races throughout the morning, the family-friendly Windermere Cup event also includes food vendors, booths to purchase UW and Windermere Cup apparel and commemorative gear, as well as a bouncy house for the kids and a selfie stand by Snap Bar. The crew races start at 10:15 am and end around noon, followed by the Opening Day Boat Parade.

In honor of the German National Crews visiting Seattle to race in the Cup races, we’ll be celebrating German-style. So break out your lederhosen and dirndls and come on out to the party! This year’s pre-race Party on the Cut will take place Friday, May 3rd, from 6 PM to 10 PM. Join us on the northeast shore of the Montlake Cut for an evening of live music, lawn games, and food and drinks. Advance tickets are just $20, or $30 at the door. This year features live performances by Nite Wave and Brian DiJulio & the Love Jacks. This event is 21+ and tickets can be found through Brown Paper Tickets.