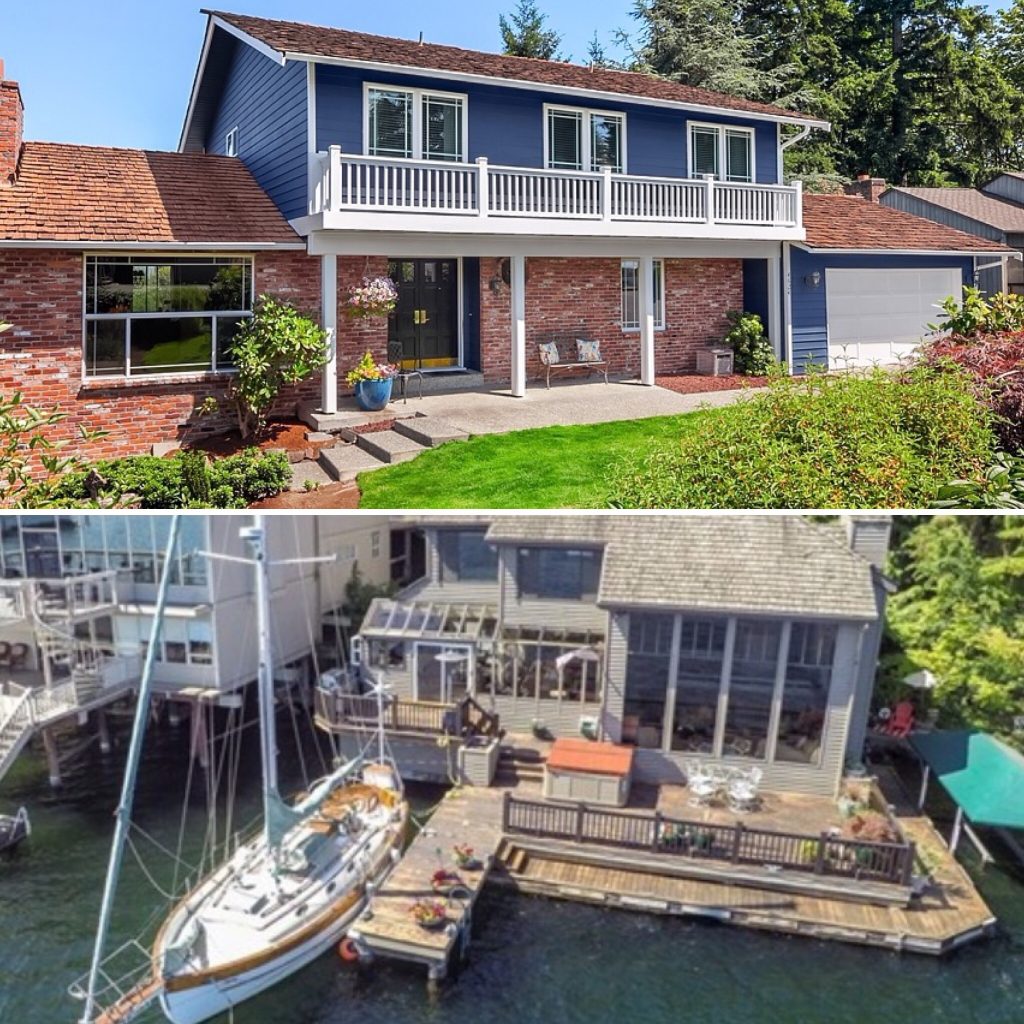 On the 4th of July, friends were out on Lake Washington enjoying the sunshine and a day of boating.  They got to talking and decided they wanted to live on the water.  They were now empty-nesters and ready to make the move.  They got home, started looking online and found a house that they were interested in.  They called me and we got together the following day to start to make a plan on how to make it possible.

We discussed the elements of an offer.  The listing had been on the market a few weeks and we decided to make the offer contingent on the sale of their house.  After going back and forth on a few things, we reached an agreement and their offer was accepted.  Now we had to get their house on the market and get it sold.

We negotiated some extra time in order to get their house ready. Then my team leaped into action.  In the matter of two weeks, we met with the stager, installed new carpet, paint, granite countertops, and light fixtures. We had carpets, windows and the whole house cleaned.  The house was inspected, and the furnace was serviced. We were ready for photographer.

And then on Thursday, we got a call from the listing agent.  We were getting bumped. That meant we had 2 business days to get their house sold… and the photographer hadn’t even been to the house yet. We had until Monday at 9 pm to remove the contingency.   We discussed strategy and activated the listing while waiting for the professional photos to come back.  We decided to hold the house open Friday, Saturday and Sunday and then review offers on Monday. We were cutting it close.

By networking with other agents, contacting those with buyers in the neighborhood, and online advertising, we had about 70 groups through their property.  When we sat down to review offers, we had four offers and the property sold for over list price with the inspection and appraisal waived.  We were able to remove the contingency on their purchase and proceed toward closing.

So from what started as an idea out on the water with friends, became a reality when they moved into their new waterfront home a short two months later. It’s so exciting when it works out so well.  It was a lot of work in short time frame, but by working together it had a very happy ending.